Recently I was reading a Max Brand western called The Outlaw 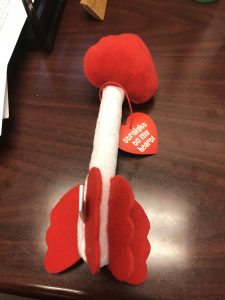 . The main character, Larry Lynmouth, rolls into the town of Crooked Horn with a full pardon and a pretty dirty past. Before he can bury the iron pin and tie the knot, he loses a stupid bet to a creepy gambler set on winning the heart of a girl he isn’t fit to polish the boots of. Larry spends the rest of the novel attempting to earn back the reputation he foolishly forfeited to his enemy.

One of the most interesting things about this story is the gambler’s love interest, Cherry. When Larry’s bride-to-be turns her back on him (believing the evil that everyone is spreading around the town about him), Cherry is one of the few people who still believes in Larry. She stands by him, not only in word, but in deed, risking her life several times in the story to help him. Even going so far as to bring her rival to him in the hope that her rival will convince him to give up a foolhardy rescue attempt and light out of town. At the end of novel, Larry goes off with his chosen bride to be, leaving Cherry in the lurch. Cherry suspects it’s her dark coloring that has cost her Larry’s love. Her rival is a blue-eyed blonde. Let’s hope Larry stood by his jilting bride-to-be for a better reason than that.

But this is an interesting plot device that is too rarely utilized: more than one good choice. Instead of putting an evil spouse or a wicked friend or a disapproving parent in the way of true love, why not throw in another prince? Maybe even two!