Recently, I began watching Shadows in the Storm 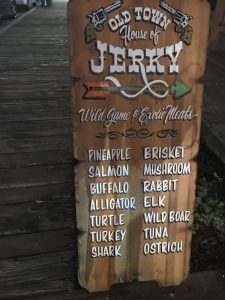 , a 1988 thriller starring Ned Beatty and Mia Sara. In a scene fairly early in the film, the main character, Thelonius Pitt, checks into a lodge to get away from it all—“it all”, being his dead-end life. The innkeeper, a very minor character, provides some very much needed comic relief in this relatively dark film about a good man who makes one irredeemably bad life choice.

In one scene, Pitt is sitting on an outdoor patio, enjoying a breakfast that he has purchased from the innkeeper. Across from him are an older couple, enjoying a lively discussion about their day’s plans, while Pitt struggles to read the book of poetry that he’s brought along. Much to his annoyance, he hasn’t quite set himself free of the annoyances that plagued his everyday life. How many of us can relate to being the captives of a conversation that doesn’t concern us in the least? Pitt asks the innkeeper if he can go inside the lodge for privacy. Eager to please—perhaps TOO eager—the innkeeper walks over to the table where the older couple is sitting, informs them that “an important Los Angeles doctor” is sitting over there, trying to read. “So shut the fuck up!” Of course, they are insulted in the extreme, and assume, wrongly, that Pitt has asked the innkeeper to speak to them in this way. “How rude!” “Why, I never!” So on, so forth. Pitt is ready to crawl in a hole with embarrassment, while the innkeeper, not in the least perturbed, demands some appreciation for service rendered.

This is a fine example of making full use of a supporting character. And in a most unexpected way. An innkeeper who doesn’t welcome his guests is playing against type. Think of Hannibal Lecter, whose elegant taste seems in complete contradiction to his reputation as a cannibal.

Think of some ho-hum supporting characters in your own stories that you can make more interesting. Give them a sufficient twist and watch them grow.