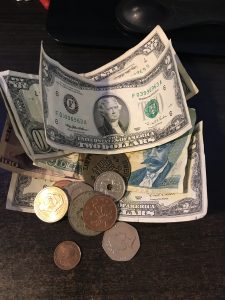 Though it seems that readers can’t get enough of billionaire hotties and dukes with money to squander, your book doesn’t have to have a hero with a big wallet. A lack of money might even prove an interesting plot point, if used to your advantage. Think of all the ways that money can deform a character.

The novel, A Man Made of Money by Douglas William Jerrold, is a fantastic example of what a writer can do with this particular theme. The main character wishes he were made of money. And, by some bizarre twist of fate, his wish is granted. Over the course of the novel, his greed slowly strips him of his body, but, far worse, his soul.

What can you do with this theme?