Your hero or heroine has a fatal flaw. Maybe it’s an overdrawn estimate of his or her personal charms, a predilection to impulse shopping, or a short fuse.

Sooner or later (preferably sooner), this flaw is going to lead to his or her fall from grace.

Identify a character in your story (and she or he don’t necessarily have to be villain, though this doesn’t hurt) who can serve as a TRIGGER.

A sleazy ex-boyfriend who comes back into the picture, after Jane wins the Mega Millions.

A “best” friend who drags Jane out to the mall for some early Christmas shopping, knowing full well that Jane has already overspent the monthly budget.

A husband who purposely baits Jane in front of their friends, so he can win their sympathy when she blows her top.

You can make even bit players shine by putting them to use as irritants. 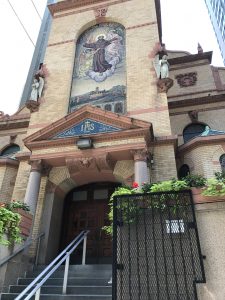