What Be These Animals?

I recently finished reading a science fiction novel called Dwellers in the Mirage, written by A. Merritt and published in book form for the first time in 1932. Like many “classic” novels, it hasn’t aged well. The main character, Leif Langdon, is a kind of poor man’s Conan, roaming a strange land, at times on the side of the pint-sized angels, at others, on the side of an evil cult to Khalk’ru, an Cthulhu-esque transdimensional monster who “dissolves” his victims. (“This low-rent mouk is NOTHING like me,” says the Lord God Cthulhu.) Our HERO Leif offers a number of sacrifices to Khalk’ru before deciding it isn’t really a god at all (“I told you so,” says the Lord God Cthulhu), but a space monster, who has found a crack in the fabric of something to slip through.

All is resolved (or dissolved) happily (or not so happily), depending on the version of this story you read. But one burning question remains. And it involves a scene relatively close to the beginning of this joyless tromp through Shadow-Land. Leif (while he’s in saint mode) rescues a pair of golden-skinned pygmies, who have been manacled to rocks. Some sort of sentient vine or vines is slowly dripping poison on this hapless pair. Leif is badly burned by the vine’s or vines’ acid, but the female of the pygmy pair alleviates his agony with some sort of aloe vera product she finds close by.

The story moves on without any explanation of the vines. We must assume the cult of Khalk’ru put the pygmies in this The Wild Wild West mantrap. But it’s hard to tell what good (or bad) the vine or vines got out of torturing it’s or their victims. Since the vine or vines never come(s) into play in the story again, the introduction is pointless to the point of wasteful. Why not leave the pygmies dangling by a frayed rope over a moot of crocodiles? It would have served just as well.

Writing Tip: The more interesting and/or inventive a character or plot prop, the more frequently it ought to be used in your story. Find ways to upcycle your McGuffins. 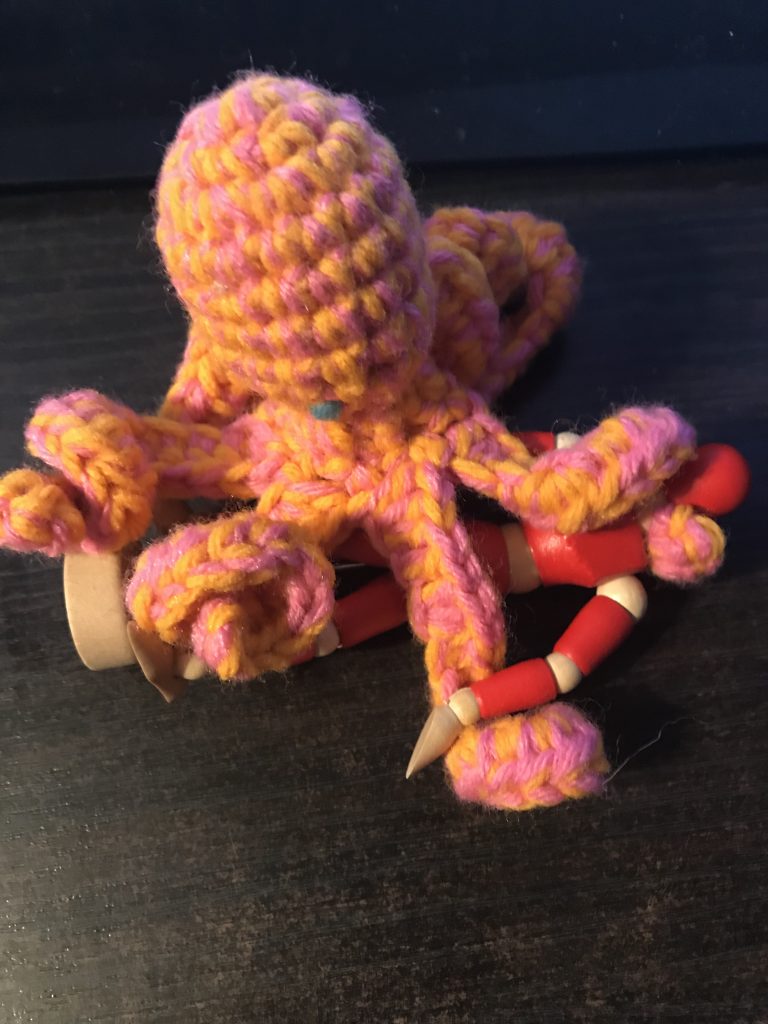