When and When NOT to Flashback

I recently read a best-selling novel that has been getting rave reviews. The author spent over a decade refining the story’s imagery. He made it all the better by setting the story in present tense, so everything was happening right now. Why then, was it such a chore for me to read it?

Where I thought this novel failed was in its layout. The story opens in what I assume is the present, but since all the chapters are in the present tense, there are a hell of a lot of nows to keep track of. After a brief intro to the two main characters, I am shuttled back in time several years, where I am introduced to the main characters again. As a frame story, this almost works, though it would have been better if I had been given a bit more present to digest first.

Rule Number One: I must care about Johnny Hero’s present dilemmas before I will care about his past difficulties. In the movie Kill Bill: Volume 2, the Bride (Uma Thurman) is sealed inside a coffin, where she will (presumably) soon die of asphyxiation. This is hardly the best time to cut away to a lengthy flashback, but it works in this instance because the delay in getting her out of her Wild Wild West predicament adds to the tension in the story. And the flashback has real impact on the present story. When the Bride makes her escape (spoiler, sorry!), we believe she can, because we saw for ourselves the grueling training program she endured. Not only does the flashback serve this particular scene, but it also serves later parts of the story as well, when the Bride uses a technique she was taught during her training to—you guessed it—kill Bill.

There is a right way to use flashback and a wrong way. A flashback should add to the story, not detract from it. It should be introduced at a time in the story when the present-time lull will be least felt. It should play a key role in the story. If it fails to serve in these three ways, you should leave it out.

One last word on flashbacks and odd arrangements of time in stories in general.

Supposedly, you can’t comprehend the shape of jigsaw puzzle pieces if they are l 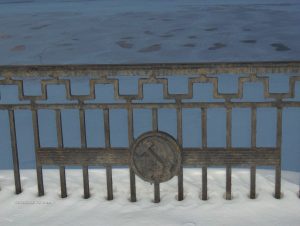 ying on a table print side up. It’s only when they are turned on their backs and showing their dun sides, that you comprehend the way they are cut. The more detail you add into a story, the less you can play around with its presentation. Story-writing flukes like Pulp Fiction are an exception to the rule, but, generally, the quickest way to get from point A to point B is a straight line.