I was reading a gay romance this past week that went to pieces in the final act because of poor plotting.

The main characters–would-be lovers–let’s call them Tom and Harry–were hosting the grand opening of a vintage toy shop, where not one but two villains conveniently showed up, the first, exposing Harry’s manwhore past, which ought to have been pretty obvious to everyone at that point, since Harry never ceased talking about it, and the second, exposing Harry’s criminal past, which made him appear untrustworthy to Tom. All ends well, of course, somehow without Harry in the least understanding why Tom might not want a man who throws himself at anyone who’ll have him and sees no problem with petty theft, provided its petty and unsuccessful. But never mind that.

The point I’m trying to make here is an author risks making a joke of his characters when he arranges matters too cleverly like this. The manwhore expose could–and should–have come up earlier in the story, providing a much-needed injection of drama in the rather dull middle (all stories can be rather dull in the middle, if you let them be). The evil security guard could have easily carried the scene at the party, revealing to everyone (but especially to Tom) that he was letting a crook run his business. It would have been devastating, instead of just Scene Two in a ridiculous farce.

I offer one final example of the Two Villains Two Many plot danger. Johnny Hero is about to marry Susie Darling. At their engagement party, Johnny’s supposed ex-girlfriend shows up, sporting an engagement ring on her finger. She claims she is engaged to Johnny and pregnant with his child. All is over for Johnny and Susie. Or at least at a point where it might be.

Let’s recast the scene. Johnny Hero is about to marry Susie Darling. At their engagement party, THREE of Johnny’s supposed ex-lovers show up, two lovely ladies and his former roommate from college, a friend with considerable benefits. All three have engagement rings they claim Johnny has given to them. The chaos can be well imagined, but this is no longer a tragedy. It’s too absurd for readers to do anything but laugh. 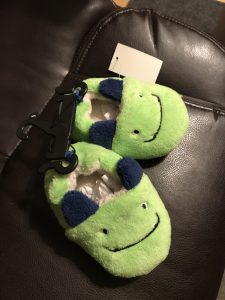